Rock for the Rules! In loving memory of our dear friend Leah Rule

So honored to be a part of this lovely compilation, In loving memory of our dear  friend Leah Rule. Rich & I contributed Track. #6 – Here’s to Happiness http://rockforrules.bandcamp.com/album/rock-for-the-rules-volume-2

Rock For The Rules Volume 2, by Various Artists
56 track album

from Rock For The Rules Volume 2 by Various Artists 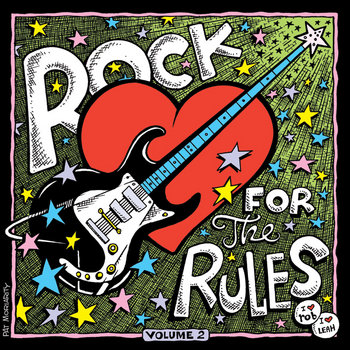 A song Rich & I wrote about finding True Love and Happiness.Leah & Rob Rule spread so much Love and Happiness into the world, and everyone around them could feel it. Leah’s attitude in life inspired me to contribute the song Here’s to Happiness.